BOOKINGS FOR THIS PERFORMANCE OPEN 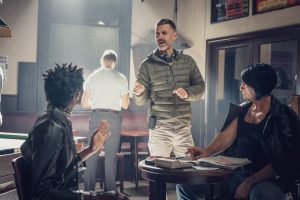 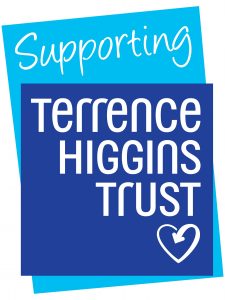 An evening with Peter discussing his life and role as one of the UK’s most foremost TV and film Directors, during which there will be a chance for audience members to ask questions – a donation from the proceeds of this evening will be made to the Terrence Higgins Trust.

Peter most recently directed and executive produced It’s A Sin, which aired on Channel 4 in January to glowing 5* reviews and had over 6.5 million viewers in its first week making it All 4’s biggest ever drama launch.

Created and written by Russell T Davies, the five-part series follows a group of young friends as they embrace the capital’s gay scene and confront the tragic effects of AIDS on their community.

Peter directed the pilot and finale of The Umbrella Academy’sfirst season for Netflix and has directed episodes of Altered Carbon, Iron Fist and Daredevil and The Defenders for Marvel/Netflix as well as two episodes of Cloak & Dagger for Disney.

He was the Co-Executive Producer/Director on Season 3 of the Starz series Da Vinci’s Demons having directed 5 episodes of Season 2.

Before that, Peter launched detective drama Shetland for ITV Studios/BBC, starring acclaimed Scottish actor Douglas Henshall, which premiered to almost 7 million viewers. He also worked with ITV Studios as lead director on crime drama Vera, starring Brenda Blethyn. Peter was hand-picked by Mistresses co-creator SJ Clarkson to take over as the director of the UK series for the BBC and went on to launch the second season of the show.

Peter also directed the mid-season finale of Doctor Who: A Good Man Goes To War which was the highest requested program on the BBC iPlayer. He directed the closing block of Five Days II, the sequel to the BAFTA nominated original series written by Gwyneth Hughes.

Prior to that, Peter directed Breaking the Mould, a single film for the BBC about the discovery of penicillin starring Dominic West. Peter has also directed the opening block of the second season of Silk starring Maxine Peake and Rupert Penry-Jones as well as episodes of Spooks and Wire in the Blood.