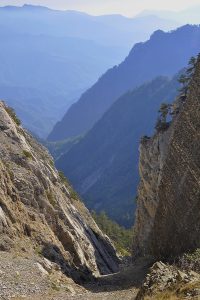 “Since then they’ve abandoned communism, suffered brutal conflicts, and taken small steps towards coming together with the rest of Europe. In Bosnia and Kosovo I found people still traumatised, but many were working hard to create a peaceful future.”

John also met people in the remotest villages of Albania, Macedonia and Bulgaria. His stunning photos and inspiring commentary will make this a talk not to be missed.