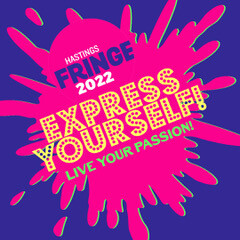 Canterburye Tales
By Andrew Mayor (From an idea by Geoffrey Chaucer)

The Rye Shakespeare Company, founded by Dilys Mayor, was celebrated for their traditional involvement in the town’s medieval festivals.

Today, the RSC still performs regularly at indoor and outdoor venues in Rye and surrounding villages. The ensemble cast comprises six RSC stalwarts, a handful of experienced Rye Players and local amateur and professional actors. Four of Chaucer’s most-loved Tales are told in this hilarious production which began its creative journey on Zoom and emerged through lockdown to mark the rebirth of live theatre in Rye. A sold-out hit at the 2021 Rye Arts Festival, this is Chaucer as you’ve never heard him before. Here is the laughter you need as you follow the pilgrims from castle to tavern to farmyard. The action takes place in a field near you and will run for 80 minutes with no interval.