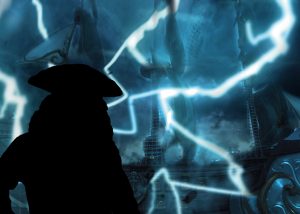 It’s a dark and stormy night. Jim, the inn-keeper’s granddaughter, opens the door to a terrifying stranger. At the old sailor’s feet sits a huge sea-chest, full of secrets. Jim invites him in – and her dangerous voyage begins.   Treasure Island, Robert Louis Stevenson’s classic story of murder, money and mutiny, premiered at the National Theatre, London, in December 2014, in this  thrilling adaptation by Bryony Lavery.

A rollicking Christmas show for all the family!