Thanks to Ms D Mutter who contacted him about our production. 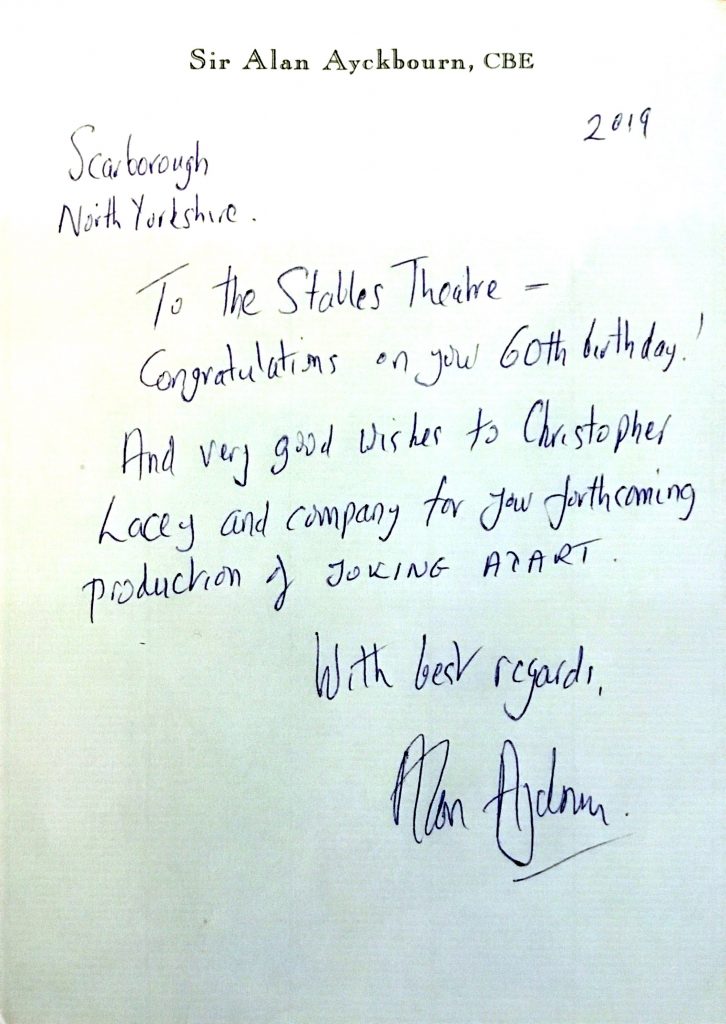 “You’ll laugh … until it hurts”

Joking Apart is set in Richard and Anthea’s garden over 12 years on bonfire night, a summer tennis party, Boxing Day and their daughter Debbie’s 18th birthday.

Richard and Anthea are a perfect couple to whom everything comes very easily and whose genuine generosity, success and sensitivity seems to reflect badly on those around them. The only problem is their friends become jealous of them and try to compete.

It involves some hilarious physical comedy from a tennis game played in the winter to a firework display going wrong. Ayckbourn describes it as one of his “specials” for which he has a particular affection. It is play to make you laugh and reflect.