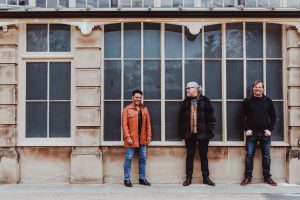 In the wake of his departure from Steeleye Span, legendary fiddle player Peter Knight has turned his full attention to his trio Gigspanner, and in the process established their reputation as one of the most genuinely ground-breaking forces on the British folk scene.

musicians in the folk world and beyond”, they take self-penned material along with music rooted in the British Isles, and with the flick of a bow, a finely chosen chord or slip of a beat, produce richly atmospheric arrangements “with notes seemingly plucked from the stars and rhythms from the equator” (Spiral Earth).